The WBC is in full support with continuous activity.

Adaptive Boxing was established in Britain ten years ago by Colin Wood, who himself was diagnosed with an eye illness. Its Headquarters are at Leicester Boxing Academy, which the World Boxing Council has visited, donating much appreciated equipment and kits.

Three gyms are participating, with Danny Higgins coordinating as Head of Education. Danny who himself is an adaptive boxers is based in Leicester. There is also the Gary Murray Gym in Scotland and the Andrew Bert Gym in Wales. While Wayne Cox, himself an adaptive boxer is starting up a gym in Manchester and Chris Middleton an ex-soldier, who lost both legs, is opening a gym in Newcastle.  In addition to this, two gyms in London are also interested in supporting and participating.

So far, many very successful events throughout Britain, but there`s only been one international event in the Netherlands. Firm links have already been established with the United States, Australia and Brazil.

A solid objective is to get Adaptive Boxing included in the Para Olympics. This would need thirty four participating nations in order to qualify.  Possibilities are being explored if Adaptive Boxing could be included in the Invictus Games for ex-Military, who suffered but have overcome wounds and injuries in the course of their duties.  WBC Cares is supporting the second Ex Special Forces Charity Boxing Tournament in Brighton next month, where medals will be presented.

Rules are being carefully and meticulously scrutinized with ways  being explored to make the sport more accessible for wheel chairs.  A meeting is being sought with Stoke Manderville Hospital- one of the World`s leading spinal injury specialist centers, so that there can be a better appreciation and understanding of how to make Adaptive Boxing  as safe as possible. 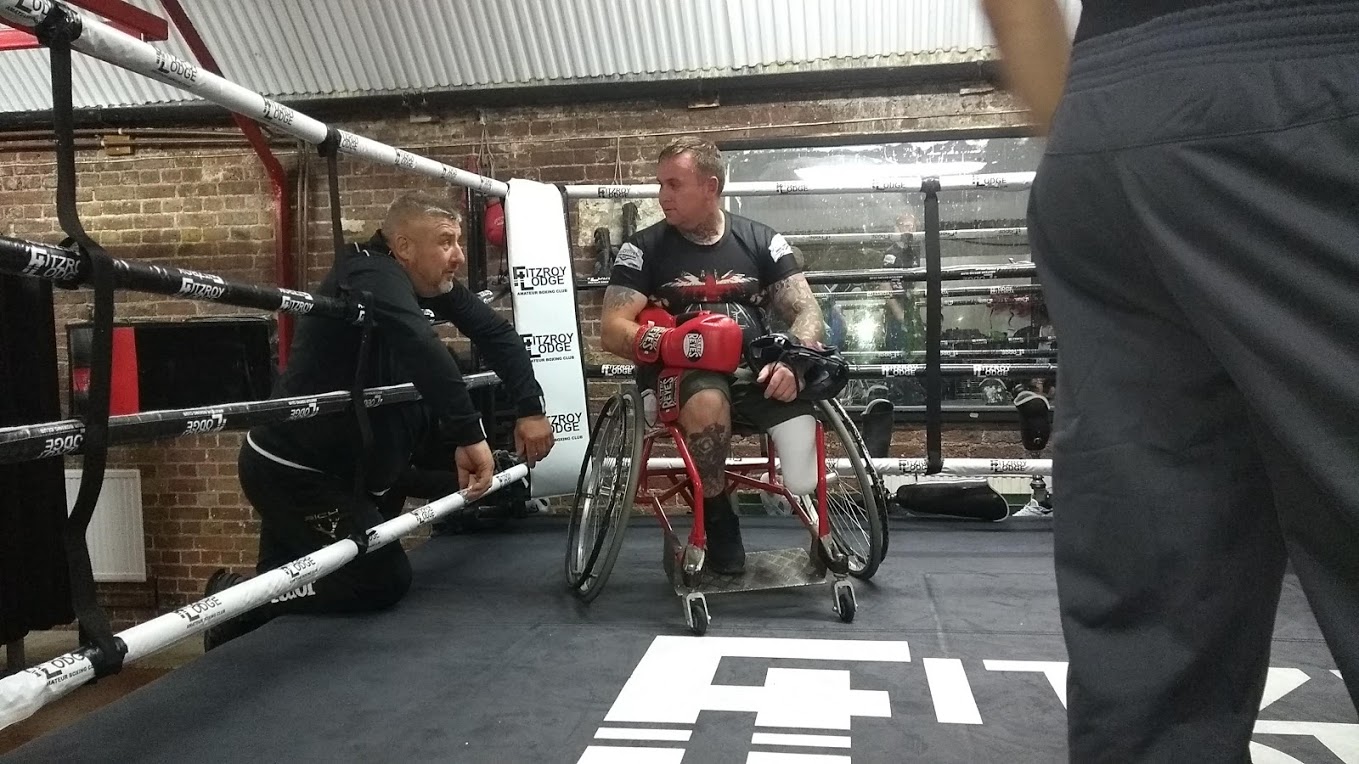