Round 12: Celebrities in Boxing

Round 12: Celebrities in Boxing

Is it good to see celebrities inside the ring? Yes of course! But it is also important to take a number of steps to make it a safe plus resounding success.

Boxing is the oldest sport of mankind. It all began with battles for power and supremacy from the time of the caves, and thus evolved to find traces of this throughout the evolution of humanity. Andy Foster, the executive of the Californian boxing commission recently confirmed to me that it is one of the few sports mentioned in the Bible, as per Saint Paul:

1 Corinthians 9:26: “Therefore I run in this way, not as without aiming; in this way I fight, not like beating the air.”
2 Samuel 2:14: “Then Abner said to Joab, ‘Let the young men now rise up and compete in front us.’ And Joab replied: ‘Let them get up.’
Psalms 3: 7: “Arise, Lord! Save me, my God! For you strike my enemies on the cheek, you break the teeth of the wicked. 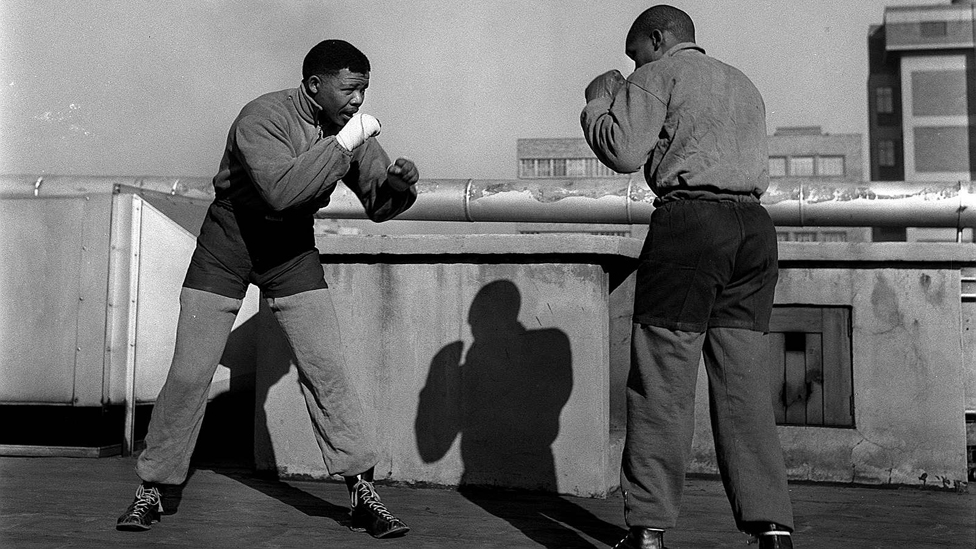 Rocky is a character that the great Sylvester Stallone created and led millions of people to put on the gloves, to drink raw eggs at dawn, and go running through the streets and train boxing like a super star …

There are a lot of personalities who have tried to get into the ring and have had amateur fights, exhibitions and even professional matches.

Baseball home run slugger, José Canseco had some fights; Shaquille O’Neal had an exhibition with Shane Mosley; singer Donny Osmond tried it too; Ryan O’Neal, a great fan of boxing, produced boxing films and also decided to try to fight, and Hollywood actor, Mickey Rourke, held several professional fights, including a main event in Japan. Best of all was the huge Dallas Cowboys defensive lineman Ed Too Tall Jones, who won six professional bouts, all by KO. 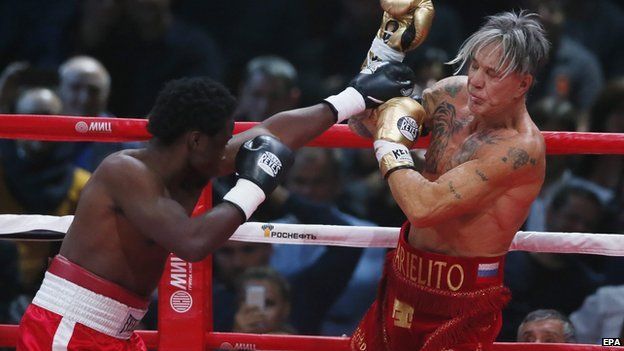 Today this has become a phenomenon. It all started three years ago, when an amateur boxing match between two influencers was announced in England: KSI from England faced Logan Paul. It generated a spectacular atmosphere in a poorly organized event, but one that had an unusual audience.Entire families filled the arena, parents brought their kids to watch boxing… the contest resulted in a draw.

A year later the rematch took place, but it was promoted as a professional fight, and they sold out the Staples Center in Los Angeles; Logan’s brother, Jake Paul, also fought in that card. This began to showcase their exemplary dedication to boxing. They traintirelessly, they have passion and they do it well. Jake has had two more fights, knocking out his opponents spectacularly; one, against former a NBA player, and the other a former fighter and MMA fighter. 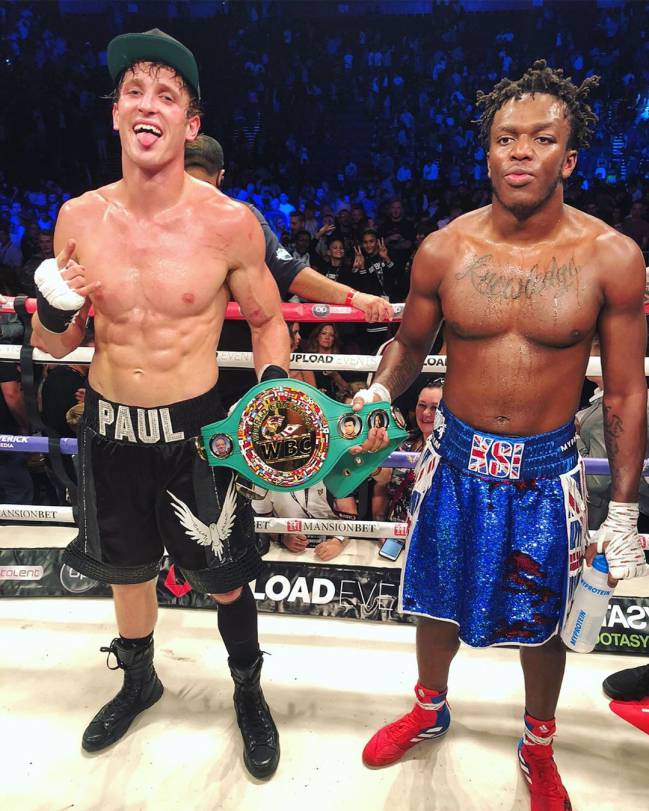 Logan will be facing Floyd Mayweather in June; it will be an exhibition and it is generating big noise around the world. The announcement became trending topic for days in social media.

Is it good for boxing? Is it acceptable to see personalities and influencers get into the ring? OF COURSE! This is leading millions of fans to watch this sport, as long as absolute care is taken by the commissions where the fights are held, rigorous medical examinations, anti-doping tests and a prior assessment to verify that the fight is balanced, as well as having a qualified referee ready to act if necessary. 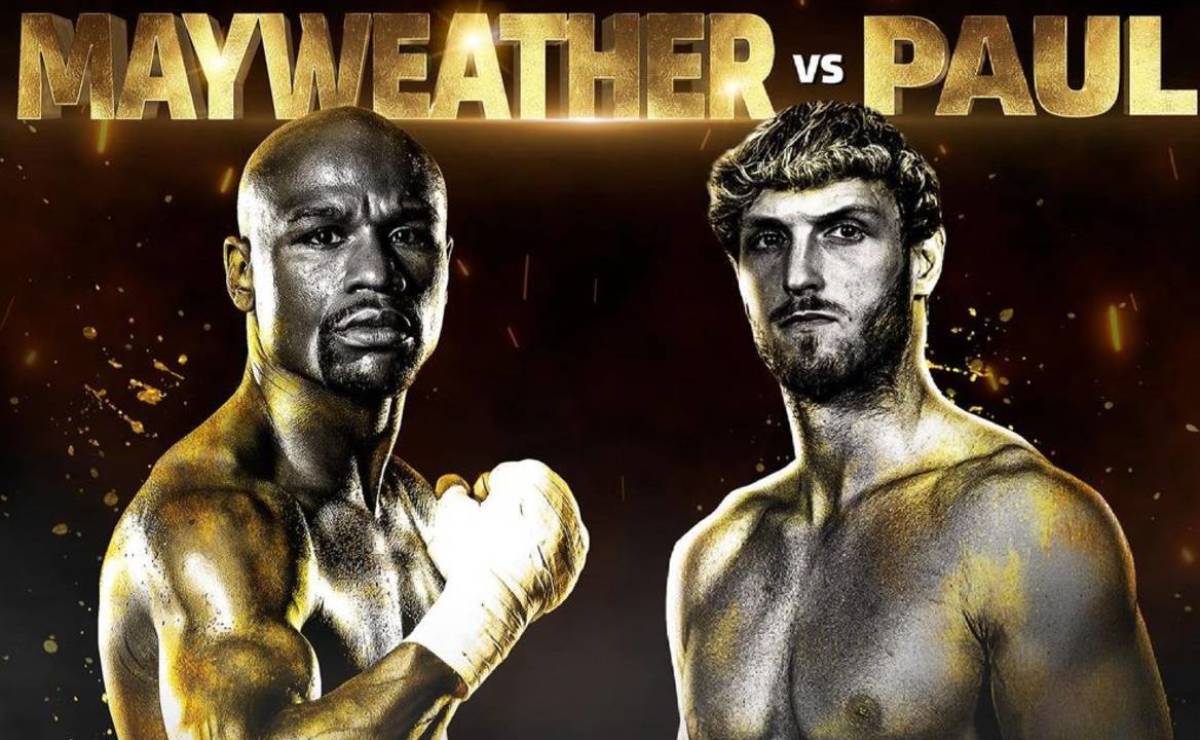 As long as these events are carefully, properly and strictly sanctioned by a boxing commission , the boxing world must welcome and embrace celebrities, one must have been inside the ring to appreciate what it takes to do so and they should receive the respect from fans and media.

There is also another phenomenon happening, legendary champions are announcing shows and exhibition fights; that, in my opinion, is more concerning . Boxing is not a game, and to get in the ring and fight after years of retirement requires many factors to consider.

Holyfield will be fighting at 58 against Kevin McBride, 47; both have more than 10 years of absence from the ring. Oscar de la Hoya will also be fighting an MMA fighter, and several former champions have already announced exhibitions.

Julio César Chávez and Travieso Arce gave the example of how to do an exhibition. It must be with headgear, with 16 or 18 ounce gloves, no more than three rounds and with altruistic motives. They have given us a great show, to entertain the public, and with respect and admiration for their rival. 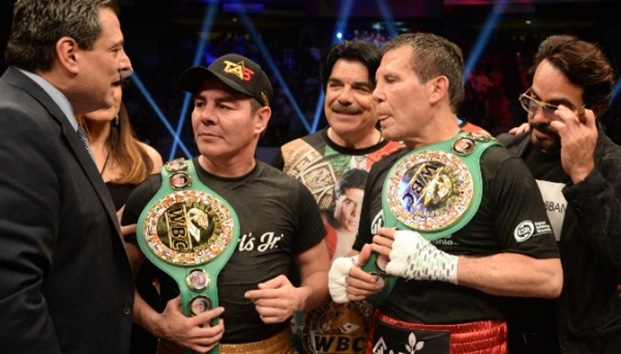 Let’s hope that this trend of champions with personalities and legendary champions will not have consequences and that matches will be well-organized with all the proper protocols to safeguard their health.

Mike Tyson returned to the ring to give an exhibition with Roy Jones Jr., during the most difficult moments of the pandemic; That led to millions of people to see the show around the world , generating one of the highest pay-per-view sales in history. Tyson and Jones gave a great show and made the world turn again, motivating millions with entertainment and superb boxing skills. 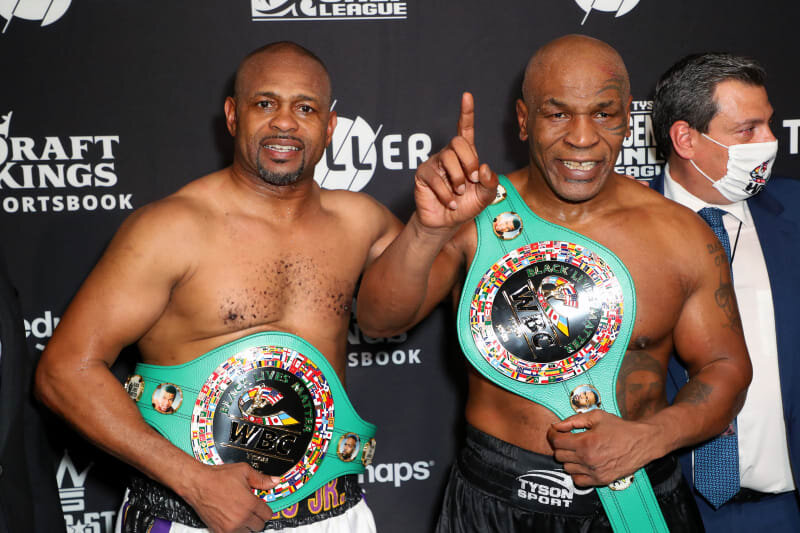 My dad suffered on many occasions when he saw great idols of the past return to the ring again and again due to financial necessity or because of that desire to stay popular, missing the applause of the fans. He saw how Sugar Ray Robinson, Muhammad Ali and so many more were humiliated in the ring way past their prime .

One of those sad nights was when “Puas” Olivares announced his farewell from the ring, one of many that he had already done; in front of a full Mexico Arena, he went up with mariachis to face a rookie: Ignacio Madrid. El Puas was dropped to the canvas nine times and lost by KO in 2 rounds, in one of the most embarrassing shows in boxing …

“The boxer does not tolerate seeing that it is someone else who receives the applause. He goes into a great depression that does not allow him to live in peace, and the worst of all is that many times the money is gone, along with it, all the false friends who enjoyed the fruits of the years of glory “.

I appreciate your comments at contact@wbcboxing.com